‘Agony of loss’: Grandmothers respond to AIDS crisis in Africa

What started as a conversation around a kitchen table has grown to become a movement to empower women, especially grandmothers, in Africa.

The Grandmothers Campaign, an initiative of the Stephen Lewis Foundation, is known as Grandmothers 4 Grandmothers in Regina, which was among the very first places in Canada where women took on projects to support families in Africa.

‘We know the power of women’s organizing in Canada and older women have an extraordinary amount of vigour and energy.’– Ilana Landsberg-Lewis

As Ilana Landsberg-Lewis explains, the movement arose in response to the human crisis, observed by her father Stephen Lewis during his time as a special envoy for the United Nations, afflicting the African continent during the HIV and AIDS pandemic.

Millions of children were orphaned by the deaths of their parents. Their grandmothers were left to raise them, with little or no support. 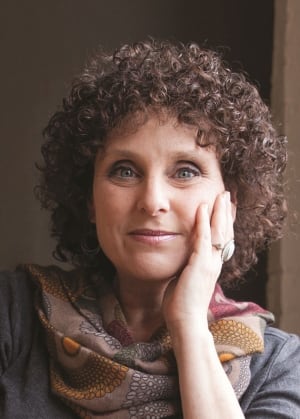 “Grandmothers were just in an agony of loss,” Landsberg-Lewis said. “Death was everywhere. They were left with no income and often isolated by the terrible stigma surrounding HIV-AIDS.”

Landsberg-Lewis recalled how requests seeking aid referred to the grandmothers as “caregivers” and when she asked why, she learned there was a strong bias in play.

“Nobody wants to fund them because they’re older women and nobody sees them as a meaningful investment,” she learned.

“We decided if Canadian grandmothers knew what was happening on the [African] continent then it would surely resonate with them and boy did it ever,” Landsberg-Lewis said.

“I wish I could say that I was prescient but it would be overstating it,” she said, talking about how the success of the organization, which quickly grew from a handful of activists brain-storming at a kitchen table (her own) to over 250 chapters across the country.

“It was really extraordinary but I can’t say that I’m surprised,” she said. “Older women in our communities, we know the power of women organizing in Canada and older women have an extraordinary amount of vigour and energy.”

Canadian grandmothers had much to offer

“They were experiencing a strange kind of invisibility in their older years,” she said. “They all felt like they had a tremendous contribution yet to make.”

Landsberg-Lewis said the organization has provided support to many different programs. Some were addressing basic needs, such as food. Others were aimed at helping children get to school and supporting economic initiatives so that families would have some reliable income.

“Now we see, 10 years later, that these grandmothers are feeling better [and] they have hope for the future,” she said. “Children are doing well in school.”

She quickly added that not all needs have been addressed and, while much progress has been made, there are significant challenges still facing grandmothers.

Landsberg-Lewis also credits the grandmothers for having great tenacity, despite all they face.

“They have the know-how. They know exactly what to do and how to do it … to build resilience and resurrect hope and lives,” she said. “They simply needed the resources to do it.”

She observed that now is a critical time in Africa as grandmothers there press for meaningful change in their communities to recognize some basic human rights.

“Grandmothers and their community based organizations are starting to identify those human rights elements that they must now have,” she said. “Land rights. Property rights. Social security. Housing. Health. Food security. All of the rights that they have been largely denied.”

Back to top
mobile desktop